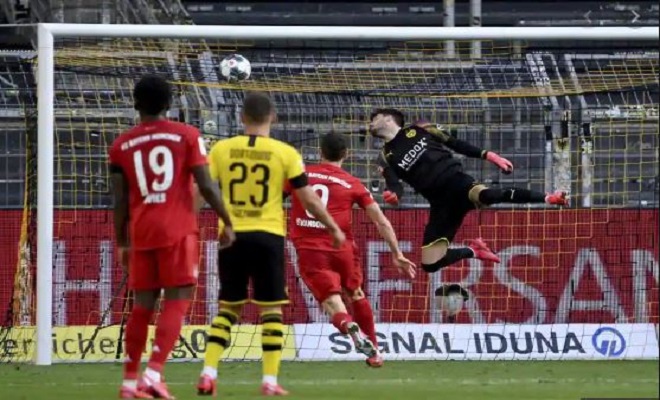 The slim win closes Bayern in on the league title with a seven-point advantage over their rivals and six games left in the season.

Kimmich, sent a perfectly-weighted chip over stranded keeper, Roman Buerki in the 43rd minute as the champions landed big win, at an empty stadium that normally seats 80,000 fans.

The win is in the visitors’ quest for a record-extending eighth straight league crown.

Bayern, who have now won their last seven league matches, are on 64 points with Dortmund still on 57. RB Leipzig, who face Hertha Berlin on Wednesday, are third on 54.

The Bundesliga became the first major league to restart 10 days ago after a break of more than two months due to the COVID-19 pandemic, with games played without supporters to reduce the risk of infection. (Reuters/NAN)