TV programming in India is rife with advertisements for skin-whitening products promising a better match, better career prospects, a better life. In the wake of global anti-racism protests, the Bollywood actors advertising such creams are facing criticism. 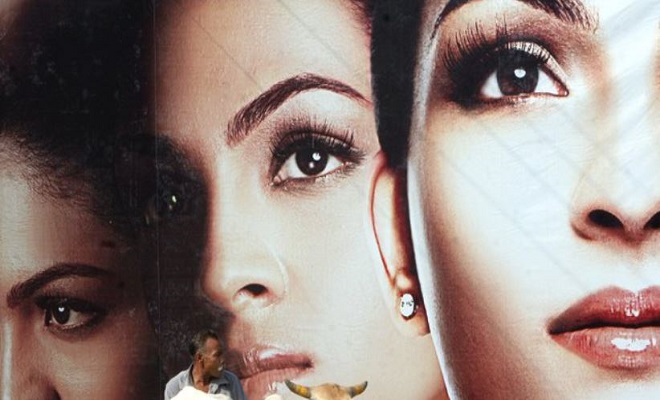 The Black Lives Matter protests in cities across the US and elsewhere around the world have prompted renewed criticism of the skin whitening products that have been peddled to people of colour for decades.

After several Bollywood stars added their voices to those calling for an end to police brutality and racism, social media users were quick to accuse them of hypocrisy, pointing to their previous support for skin-lightening creams.

Many well-known actors in India have advertised so-called fairness creams that promise to lighten brown skin in what many critics say promotes a shame among people of colour and the notion that fairer skin is more beautiful.

Many Indians still associate lighter skin with a higher social status and products of this kind remain popular across India and other parts of Asia, even as studies have shown that the chemicals contained in some creams can be harmful to the skin.

In late May, actress Priyanka Chopra posted a picture on Instagram responding to the killing of George Floyd and calling for an end to racism in America and around the world.

“NO ONE deserves to die, especially at the hands of another because of their skin colour,” wrote Chopra, who is married to US singer Nick Jonas.

Social media users quickly pointed to her promotion of fairness creams and accused her of being silent of issues of racism in India.

“Pri is part of the problem,” one Twitter user said, posting a photo of Chopra where she advertised a lotion for lighter skin. Another Twitter user argued that the India’s biggest source of racism was Bollywood itself. “Forget becoming a star if you are dark skinned.”

“Now that ‘woke’ Indian celebrities and the middle class stand in solidarity with fighting systemic racism in America, perhaps they’d see how it manifests in their own backyard?” another user wrote.

The actor Abhay Deol criticized on Instagram that some stars should probably take a look at their own noses before making statements.

Floyd died at the end of May after suffocating under the knee of a policeman, who pressed down on Floyd’s neck for nearly nine minutes. Footage of the killing triggered massive protests and a debate over institutional racism beyond the US.

In India’s traditional hierarchical caste structure, lighter skin was associated with top-of-the-ladder Bramhins and is still identified with higher status in society.

The British colonial era contributed further to the prejudice as fair skin came to be associated with power and status, explains Janaki Abraham, a sociologist at Delhi University.

Hindustan Unilever has a host of other whitening products under Ponds, Lakme and other brands. Indian company Emami Limited introduced its Fair and Handsome skincare brand aimed at male users in 2005.

L’Oreal and other international companies like Oriflame and Avon have entered the Indian market for skin-whitening products estimated to be worth 450 million dollars in 2011 and growing at 15 to 20 per cent annually.

Delhi-based dermatologist Rashmi Sarkar says most of the whitening products are harmless and function as sunscreens, but the ones with depigmentation agents can be harmful.

“Easily available across the counter, these are not used under medical supervision and prolonged use could lead to problems,” says Sarkar.

Priya Sharma, a publishing industry worker in New Delhi, developed white blotches on her face after using such a product, and her skin specialist said it may take months before they disappear.

There is an urgent need to create awareness about the possible side effects, and that beauty is not about skin colour, Sarkar says.