A Kano State High Court on Wednesday sentenced one Abdullahi Magaji, to 14-years jail term for raping a six-year-old girl. 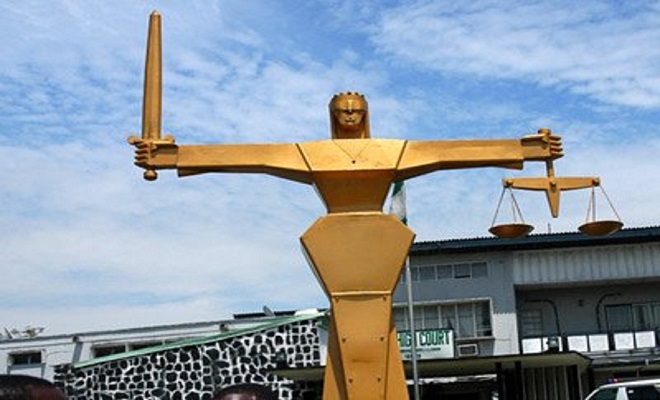 A Kano State High Court on Wednesday sentenced one Abdullahi Magaji, to 14-years jail term for raping a six-year-old girl.

The court convicted Magaji on count charge of rape.

Delivering judgment, Justice Suleiman Baba-Namalam, said the court found the convict guilty as charge and sentenced him to 14-years in a correctional facility.

The court also ordered the convict to pay a N200,000 fine, and additional N200,000 compensation to the victim.

The News Agency of Nigeria (NAN) reports that the convict was first arraigned in court on March 28, 2017.

The Lead Prosecution, Ms Fatima Yakasai, had told the court that the convict raped the girl on February 25, 2016, in an uncompleted building at Batakaye village in Kumbotso Local Government Area of the state.

She added that the offence is punishable under section 282 of the same law, as amended. (NAN)

Divorce: “I caught my wife having sex with my cousin“ – husband tells court