Big, massive, small and cheap: Apple's range of phones is now broader than ever with the arrival of the iPhone 12 generation, bringing 5G, a new processor and more versatile cameras. 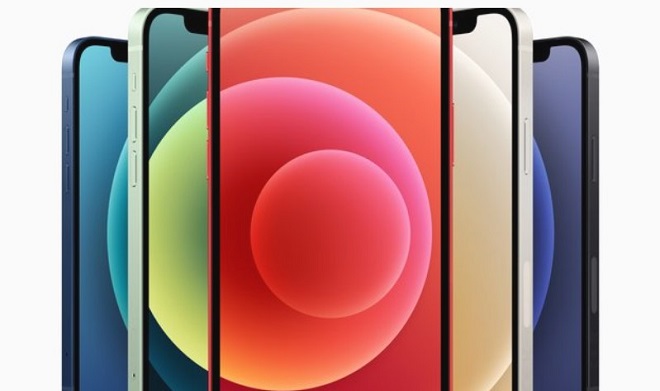 Big, massive, small and cheap: Apple’s range of phones is now broader than ever with the arrival of the iPhone 12 generation, bringing 5G, a new processor and more versatile cameras.

(dpa) – Apple launched no less than four new phones on Tuesday with a new iPhone 12 generation adding 5G compatibility and a new A14 bionic chip for faster performance and smoother gaming.

Numerous other Android phones already feature 5G chips, but Apple’s adoption of this tech has the potential to make it a mainstream feature, enabling new app functions with instantaneous response times.

At a time when more people than ever work remotely, 5G network speeds are also set to make communication and remote interactions faster and more reliable than ever.

The new iPhone 12 range spans four models that essentially translate to: small, normal, normal with a better camera and large with the best camera, with prices ranging from 699 to 1,099 dollars. That doesn’t include Apple’s previous iPhone SE at just 399 dollars.

It’s the first year Apple has given us the four different options of buying a new iPhone and it marks a general shift in the industry towards more size and feature options.

The iPhone 12 mini: The 5.4-inch iPhone 12 mini is one of just a few on a shortening list of compact phones, and in Apple’s words is the world’s “smallest, thinnest and lightest” 5G phone.

It comes with a dual camera with a main shooter backed up by a wide-angle lens. It costs 699 dollars, is available in black, white, red, blue and green and comes in three storage options: 64 GB, 128 GB or 256 GB. First deliveries will be on November 13.

The iPhone 12: The 6.1-inch iPhone 12 is the successor to the iPhone 11 in terms of screen size. It costs 799 dollars and comes in the same colour and storage options as the iPhone 12 mini.

It has the same dual camera as the mini, and Apple says the iPhone 12 is slightly thinner, smaller and lighter than its predecessor. First deliveries will be on October 23.

The iPhone 12 Pro: Then there’s another 6.1-inch iPhone with a better camera. The triple camera array comes with a main shooter, backed up by an ultra-wide camera and a telephoto lens with 4X optical zoom.

It costs 999 dollars and comes in the more flashy colours – graphite, gold and silver, as well as blue. Apple imagines you’ll want more storage if you’re spending this much and is offering 128 GB, 256 GB or 512 GB of internal memory. First deliveries will be on October 23.

The iPhone 12 Pro Max: For those who want to go big or go home, the 6.7-inch Pro Max version is Apple’s counterpart to Samsung’s Ultra line, offering maximum features.

The triple camera array comes with a main shooter with an even larger sensor, backed up by an ultra wide camera and a telephoto lens with a slightly better (5x) optical zoom.

With what Apple says its largest-ever smartphone display, it’s even bigger than the 6.5-inch iPhone 11 Pro Max. Pricing starts at 1,099 dollars and you can get it in the same colour and storage options as the iPhone 12 Pro. First deliveries will be on November 13.

All phones have the same front display design, and there’s still the familiar, chunky notch for selfie cameras and sensors at the top. Unlike most Android manufacturers, Apple isn’t adopting the pinhole selfie cutout approach just yet.

In terms of 5G, Apple says it’s including “the most 5G bands in any smartphone” to make coverage optimal in different situations. Apple says its new devices can hit 3.5 Gbps in ideal conditions – many multiples the network speed of a 4G phone.

As 5G tends to use more power, the iPhone 12 can automatically turn off 5G and switch to LTE to save battery when you don’t need fast speeds.

The new iPhones also includes wireless charging that can use magnets to snap your phone into the right position on your charging pad. However, at 15W charging speeds, Apple’s idea of “fast charging” is still only average by industry standards.

Apple clearly hopes its combination of 5G, improved cameras and wider range of choices will help it sell more models.

Years ago, most manufacturers produced just one single flagship phone, but Apple is now joining a number of tech manufacturers to offer a staggered range of phones at different prices from budget to premium.

The iPhone is by far the most important product for Apple. In the most recent quarter, around 44 per cent of company sales were generated from the Apple smartphone.

In the fourth quarter, the share of sales generated by the iPhone is traditionally even higher ahead of a Christmas bump in some markets.

In addition, the iPhone drives business with the entire Apple ecosystem, with more revenue coming from the cloud service, the Apple Watch, headphones, speakers and other products.

Tuesday’s launch comes at a particularly busy time of the year for smartphone manufacturers – a day before OnePlus launches its 8T flagship and hot on the heels of major smartphone launches from Samsung and Google.