Six of the best board games for holidays

Board games were already booming - then the pandemic hit, keeping millions indoors to avoid infection. Now, at the end of 2021, board games have never been better. Here are the latest board game hits to play over the holidays. 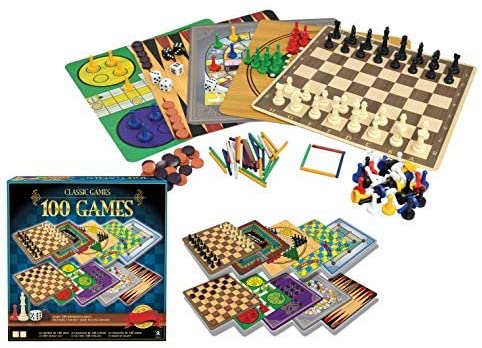 For many people, board games have become as much a part of the holiday season as the Christmas tree or the roast goose.

But it doesn’t always have to be the same old classics like “Cluedo” and “Monopoly.” Here are some board games for those who want to try something new.

Roll the dice, gamble, beat the odds! Whoever collects the most points with seven dice in seven rounds triumphs in “High Score.”

The highlight of this very accessible game is that the dice are rolled according to different rules in each round. To achieve this, seven of 21 challenge cards are drawn in each game so every game is different.

The game is perfect for vacations or Christmas because it’s quick to explain and quick to play. It can be played with just two people, but three or more is better.

Anyone visiting Lisbon can’t miss a ride on the characteristic yellow tram. In “Lisbon Tram 28” players use tickets to steer their tram through the Portuguese capital, collecting passengers and taking them to places of interest.

If another train needs to be pushed out of the way, you press a bell. The game offers a nice introduction to the world of strategic board games for families.

In this game players search for a creature that is located on exactly one square of the game board. Everyone has different information about its whereabouts and tries to draw the right conclusions by asking the other players.

Cryptid” is a very interactive deduction game, which becomes more and more exciting towards the end. High concentration is required, because a wrongly placed counter makes the puzzle unsolvable for everyone.

This family game set in a fictitious world is a so-called flip-and-write game. Everyone at the table has wipeable tableaus with the same combination of maps in front of them.

Then, over the course of four rounds, tiles with a total of four different types of landscape are flipped over one after the other, and each player makes two or three crosses on their tableau.

Points can be scored in different ways: by collecting food or gems, by crossing off temples, or by rebuilding villages.

Although the rules are quite simple, “Explorers” does offer some depth and a high replay value as over a million game combinations are possible.

Games based on a movie or TV series don’t always live up to the original. However, “Dune Imperium” does several things right. On the one hand, fans of the novel or the current movie will recognise the atmosphere on the desert planet.

On the other hand, the clear symbolism makes it possible to get started quickly, even without prior knowledge. “Dune Imperium” will suit experienced players who do not shy away from conflicts.

Special intrigue cards, which are kept secret from opponents and can bring about a surprising turn, provide the decisive spice.

This cooperative party game for larger groups revolves around the well-known Day of the Dead, which is celebrated every November in Mexico.

Everyone at the table first receives a card with the name of a known deceased person and they write down a term matching this personality on a fold-out skull and crossbones.

Then they have to find associations to these terms and so on. The result is often pretty funny when the transformed clues are correctly assigned to the deceased.