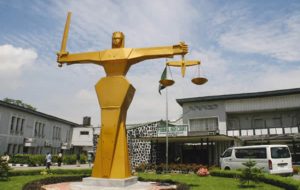 Federal Government Must Punish Those Who Have Inflicted Pain and Hardship On the Nigerian People.

The Youth Party has expressed great dismay that the Federal Government has not held any official to account for the sheer incompetence of importing 100 million liters of substandard petrol. This negligence of duty has cost the country billions of Naira when resources are scarce. Even worse is that several car and generator owners have suffered huge damages from the substandard petrol that knocked down their engines.

Sadly, the government has shown no remorse for its incompetence that has cost many Nigerians their cars and generators. Neither has it demonstrated the will to punish the agency’s leadership responsible for such a catastrophic error. For us, this is unacceptable. If an agency is charged with the responsibility for quality control in the importation of petrol, it should be held to account when it fails to deliver on its mandate.

Those in government must never take the Nigerian people for granted. Without anyone being held to account, our country cannot continue to lose billions of Naira in such scandalous circumstances. As a result, we demand that the federal government take immediate action to suspend senior management at the Nigerian Midstream and Downstream Regulatory Authority. At the same time, the government must carry out a full investigation to fish those responsible for this embarrassment.

On the one hand, we cannot claim that the country has no money to fund education and hence the insistent strike action from ASUU, and then fail to come down hard on officials who have cost the government billions of Naira from their negligence. Furthermore, we call for more transparency and accountability from the NNPC and every other agency operating or regulating the oil sector.

Well-meaning Nigerians will no longer tolerate the opaqueness and impunity that has characterized that sector. Nigerians have a right to know how their resources are managed and how their wealth is distributed (or spent).