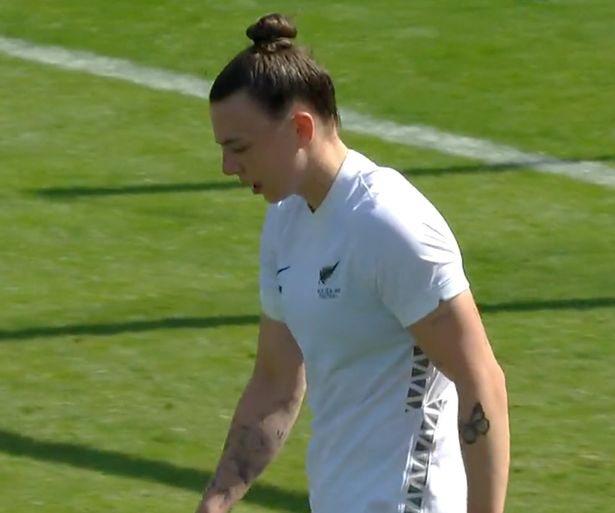 New Zealand defender Meikayla Moore scored a hat-trick of own goals on Sunday as her side were beaten 5-0 by the U.S. women’s national team in the SheBelieves Cup.

Moore, who plays for Liverpool in the English Women’s Championship, notched an otherwise ‘perfect’ hat-trick: Attempted clearances from her right foot, her head and left foot all found their way into the New Zealand net in the fifth, sixth and 36th minutes.

The 25-year-old was substituted shortly after the third, being replaced by Rebekah Stott with four minutes left in the first half.

“Each player who has played (football), and it doesn’t matter what level, has great games and tough games, and Mouse (Moore) had a tough day at the office,” New Zealand coach Jitka Klimkova said.

“Obviously, she’s sad and disappointed, but she’s an unbelievable person and player who belongs on this team. We are all behind her in this tough moment for her.”

Ashley Hatch and Mallory Pugh added to New Zealand’s misery with second-half goals as the U.S. side secured victory in the invitational round-robin tournament to close in on first-placed Iceland, who beat the Czech Republic 2-1. 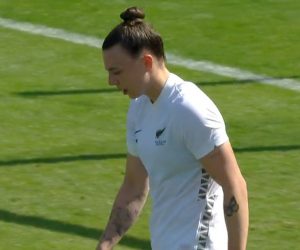 The U.S. will need to beat Iceland when the teams meet on Feb. 23 to retain the SheBelieves Cup title, while a draw will be enough for Iceland to win in their first appearance.