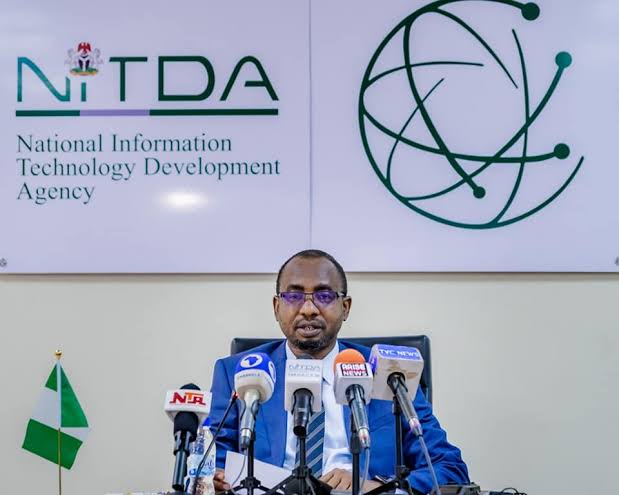 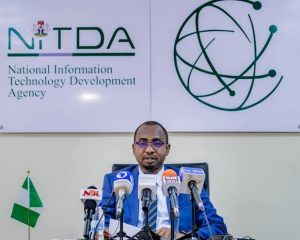 In order to check quackery and the rising cases of fake news in the practice of journalism as well as provide eligible journalists with the latest technological tools with which they will carry out their jobs professionally and be at par with international best practices, the National Information Technology Development Agency (NITDA) has given a nod to the proposed partnership sought by the national body of the fourth estate of the realm -The Nigeria Union of Journalists (NUJ).

This was during a courtesy visit by members of the Union, led by it’s National President, Mr Chris Isiguzo.

The Director General, National Information Technology Development Agency (NITDA), Kashifu Inuwa CCIE, while emphasizing the relevance of emerging technologies in journalism, decried the adverse effect of fake news which he described as unimaginable and a huge threat to the profession.

“Today, anybody can be a journalist without knowing the journalistic ethics. So, how can we address that? We can only do that through this kind of engagement; by training and retraining because journalists need to understand that it is now about digital journalism and for you to engage in that, one needs to understand the technology and be able to verify information and it’s source before publishing or broadcasting”.

Although saddled with the mandate of regulating the use of Information Technology (IT) in the country, the DG noted that in recent times, the responsibility has gone beyond establishing the DOs and DON’Ts due to the dynamic nature of technology which he said has further necessitated the need to up the ante in making journalists acclimatized with requisite skills and ‘technology know how’.

“We need to always reskill, update our knowledge and understand how the technology works in order to harness the potentials and use it for better things because technology can be used as either a tool or a weapon; so it is left for the user to decide what should drive the purpose…so everyone has a part to play in ensuring that unscrupulous elements don’t misuse the tech to mislead people”.

While describing journalism as the best medium to sensitize the public on what the Federal Government is doing towards achieving a digital Nigeria, Inuwa said the partnership would greatly be beneficial to both parties.

“As a government, we have an ambitious target of achieving ninety five per cent digital literacy by twenty thirty. It is not possible for us to train ninety five percent of the population on one on one basis, so we need to be innovative; We need to find a way of leveraging on organizations like yours to achieve that because if we can have people writing about digital literacy, the reach would be far more wider than what we can do as a government so that’s why we had already even started engaging your members in some states of the federation; training and letting them know they have a responsibility of helping the government in sanitizing the system so that we can address the challenge of fake news misinformation and disinformation”.

On the forthcoming National Executive Council/ Workshop on Digital Journalism organized by the Union, the NITDA Boss expressed interest in the planned programme and assured the body of the agency’s support.

He also encouraged the team to work out the modalities for the interventions/ trainings as requested in order for NITDA to know the number of members and make adequate provisions toward kick-starting the process.

Speaking earlier, the National President of the Nigeria Union of Journalists (NUJ), Chris Isiguzo while applauding NITDA for the different training sessions held for journalists in Jigawa, Kano, Gombe, Katsina States e.t.c. which he observed are usually accompanied with working tools, said the visit was to formally meet for the first time with the DG and also express the Union’s profound gratitude for the ongoing training packages so far and to seek for partnership at the national level.

“A journalist that is not exposed to constant training and retraining programmes is danger to the society and that’s why what you’re doing, we must applaud and we are also asking that we take it beyond and accommodate more of our people so that they will also benefit; that way, such issues about fake news which of course is about misinformation, disinformation and the rest of them would have been effectively tackled”.

Isiguzo also appealed for digital facilities to be provided for the Union’s National Secretariat and International Institute of Journalism in order to aid optimal operations.

“There’s need that we get those facilities because most of our colleagues especially those operating online always come back because they don’t have offices and that’s why the umbrella body there is more like a shade and was provided to everybody that come and when you have these people operate within one enclave control is easier. So we also want to demonstrate some level of control that’s why we are asking for your assistance with some of these facilities and I believe that it will go a long way in also helping the government and its message against fake news”.

The believe is that the partnership forged during the meeting will ultimately be a step closer towards making journalism practice in Nigeria more technologically driven and devoid of unprofessionalism while NITDA achieves some of it’s seven pillars in the Strategic Roadmap and Action Plan (SRAP- 2021-2024) including Digital Literacy and Skills.