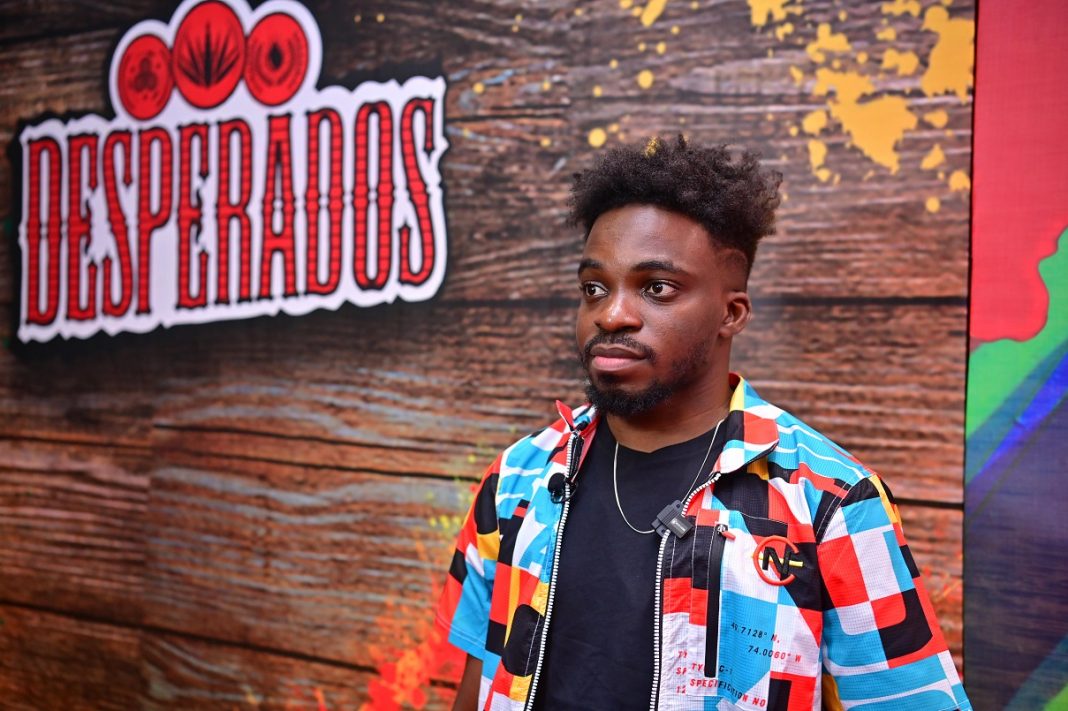 Nigerian multidisciplinary artist, Mayowa Alabi a.k.a. Shuta Bug at the weekend showcased his digital artistry in Lagos amid fun and pageantry.

The event which happened on Saturday, April 30, 2022 at Jewel Aedia, Eti-Osa, Lekki, was an exquisite evening for the Lagos edition of the global campaign called the “Desperados Collectives.”

The exclusive event was organized by the tequila flavoured beer brand Desperados.

A cocktail of varied creative energy, it was indeed a playground uniting artists, disc-jockeys and content creators.

In a pulsating atmosphere filled with positive energy, young art connoisseurs enjoyed the visual treat of digital artistry showcased by Shuta Bug amongst other international artists.

Nigerian born Mayowa Alabi first stepped into the limelight in 2017 when he won the European Union /United Nations Women Gender Equality ‘Picture It’ Comic and Cartoon Competition. He has since had two solo exhibitions in 2017 and 2019 respectively.

Shuta Bug who also works as an artist at the British Broadcasting Corporation was selected from Nigeria for the Desperados Collectives Campaign where he was commissioned to create a series of designs featuring the Desperados bottle that resonates with the brand’s affinity for playful experimentation.

The event turned out to be a night for artists who dared to be different.

From the mystery DJs in masks to a collection of artworks in the adjoining exhibition hall, it was quite insightful to view a total art experience pulsated by heavy beats and grills.

Anchored by Kemi Smallz and Ilowithdflo, the show also featured live paintings that ran simultaneously with the hot mixes from the DJs of the night including the masked duo, Mazexmxtreme and the celebrity twin DJs Wanni and Handi.

According to the event organisers, the Desperados Collectives was launched to spotlight young, emerging creatives in France, Germany, Spain, Ivory Coast and Nigeria.